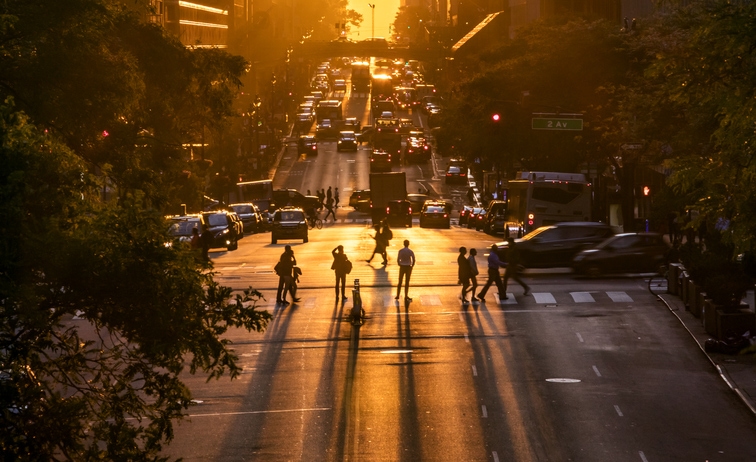 January 1, 2020. Most of us have heard, and probably fallen for, a few of these driving myths. Read on to see if you still have any mistaken beliefs.

It is a common misconception that it is illegal to drive barefoot. There is no law in Canada that says you cannot drive a car or motorcycle barefoot or what type of footwear you need to wear while driving. There is no law saying you must wear clothes while driving at all. It is legal to drive in flip flops, heels, sandals, or bare feet. But if you get in an accident because of your footwear you could be charged with careless driving.

2. You should flash your high beams to make a slow driver get out of your way

There is no law saying that a slower driver needs to get out of your way. Flashing your high beams at another driver will just annoy or confuse them, distract both of you from driving safely, and is illegal. Whether you will get a ticket for flashing your high beams at another driver usually depends on context. If you are trying to warn them of danger or that their high beams are on, you probably will not get a ticket, but if you are trying to harass a slow driver into letting you pass you might.

3. You cannot get a ticket for driving faster than the speed limit on a yellow speed limit sign

Ramps and loops exist to connect two grade-separated (one is higher than the other) stretches of road, usually on a freeway. Characteristics such as the curve radius and spiral affect the safe driving speed on that portion of the road. The safe driving speed is often much lower than on the main road, so a yellow Ramp Advisory Speed sign is posted with the suggested speed limit.

Because this is the recommended safe driving speed, not an actual speed limit, you cannot get a speeding ticket for going too fast in these zones. But you can get a ticket for driving too fast for the road conditions in the form of a careless driving ticket.

4. Traffic signs in parking lots do not apply because it is private property

We all probably have a friend who thinks they can run all the stop signs in the mall parking lot because traffic laws cannot be enforced there. This is correct in Ontario and Quebec, where the Highway Traffic Act cannot be enforced on private property. But unsafe driving or stunt driving on private property can still lead to Public Mischief charges and dangerous driving is punishable under the federal Criminal Code anywhere in Canada.

In Alberta, traffic regulations on any road or parking lot that is accessible by the public, even if it is on private property, are enforceable under the Traffic Safety Act. If you get in an accident in a parking lot and the damage is over $2000 or someone is injured, the police must be called just like on any other road and demerits might also be applied.

5. Airbags are required by law

New cars sold in Canada have airbags but there is no legal requirement for it like there is in the United States. Canada has a front occupant safety standard which would theoretically let car manufacturers use any system they want, but because they already comply with the United States airbag requirement, cars for the Canadian market get the same system.

6. If you crash your boss’s car you have to pay for the repairs

You are not financially responsible for mistakes you make driving a company car and car insurance stays with the car, not the owner, so your boss’s or the company’s insurance would be affected, not yours. As long as you were acting within the scope of your employment, there is no legal recourse for your boss to force you to pay for the damage. They cannot ask you to pay for it or take it out of your paycheck.

7. U-turns are illegal in Alberta

U-turns are not always illegal in Alberta. It is ok to make a U-turn at a stop sign and at a break in a median if there is no sign prohibiting it.

8. Anti-lock brakes and electronic stability control are required by law

The United States made both technologies mandatory in 2012, while Canada has not yet followed suit, ABS is standard on most cars on the road. Electronic stability control uses ABS as its foundation and has been made mandatory by Transport Canada on light duty cars manufactured Sept 1, 2011, or later. So, while ABS and ESC are not legally required for all vehicles, most have at least ABS.