How Are Cranberries Grown and Harvested? 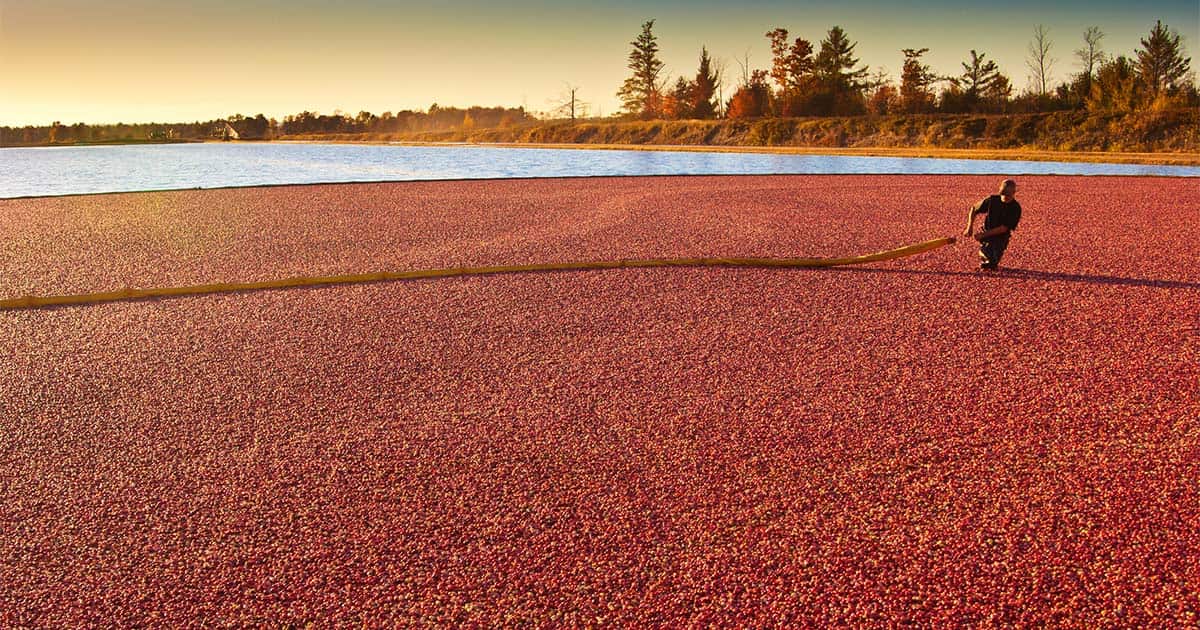 In Canada, most commercial cranberry production is in British Columbia and Quebec.

A native North American fruit, cranberries are harvested from late September to late October after they have reached their rich dark red color.

Cranberries are known as a superfood, which means they are a good source of vitamins, such as C, K and A and minerals such as potassium and manganese as well as antioxidants. They are consumed in a sauce, as a juice, or added to muffins, stuffing, casseroles, or desserts.

Other than turkey, nothing says Thanksgiving or Christmas like cranberries. They are commonly served either on their own, in sauces, stuffing or in desserts.

The cultivation of cranberries in North America was started by Indigenous peoples. They were not commercially grown in Canada until later in the 19th century. William MacNeil planted Canada's first commercial bog in Nova Scotia in 1870.

How are cranberries harvested?

Cranberries are harvested in two ways.

Dry harvested cranberries are picked by a machine that combs them from the vine. They are cleaned and sold fresh.

How are cranberries grown?

Cranberries grow in sandy soil layered with clay, peat, and gravel on low-lying vines. Cranberry fields, known as bogs, marshes or beds, are covered with woody cranberry vines, which have small, leathery leaves. New plants are shipped from greenhouses to farmers when they start new fields, which can take five years to reach peak production levels. Irrigation systems are used to keep the soil moist and farmers rely on pollinators like bees.

Where are cranberries grown?

Most of Canada’s cranberries are harvested in Quebec and British Columbia and demand for Canadian cranberries has increased by 400% over the last decade. Cranberries grow in marshes and wetlands and are native to Atlantic Canada. New Brunswick, Prince Edward Island, and Novia Scotia account for about 10% of cranberry production.

How to pick your own cranberries

Before harvesting machines, hundreds of farm workers had to pick cranberries by hand. You can still do this at some farms in Canada and can even wear waders and harvest floating cranberries! Keep these tips in mind when picking your own cranberries.

The name “cranberry” is used for several species of plants but the American cranberry, Vaccinium macrocarpon, is the one that is farmed commercially. It is a low-growing perennial with large berries and thrives in acidic, moist soils. The lingonberry or mountain cranberry, V. vitis-idea, and the European cranberry, V. oxycoccus, grow wild and are harvested in some areas of Asia, Europe, and North America. There are several species of Viburnum which is known as the highbush cranberry and is grown as an ornamental plant.