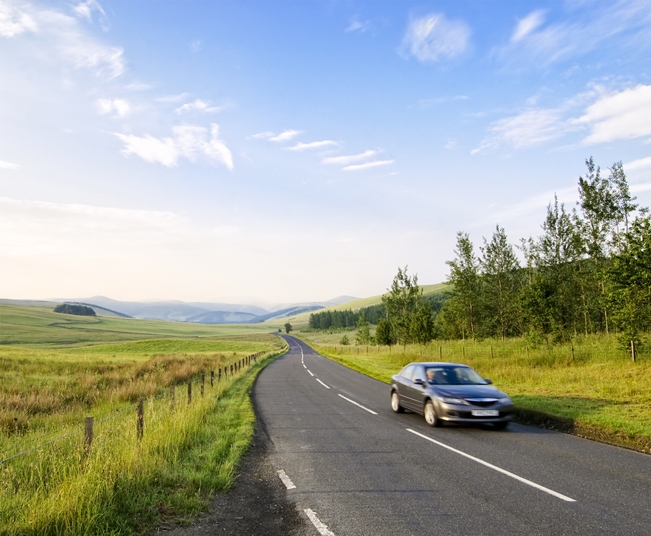 It is important to understand what causes rollovers and know what to do to minimize an impact because even the safest drivers may experience one in the wrong circumstances.

Tall vehicles, such as SUVs, trucks, vans, and cargo vans are at risk and drivers should be extra cautious on winding roads and windy days. According to Global News, in 2017, SUVs became the most popular type of vehicle in Alberta, accounting for over 40% of new vehicle sales. Trucks made up 35% of the market. Cars made up less than 19% of the market, which means that a high percentage of drivers own a vehicle that is susceptible to rollover accidents.

Most rollovers happen in areas with high speed limits (over 80 km/h).

Overcorrecting is a natural reaction to going too fast for the situation and can happen when you drive across snow or soft soil. Braking too hard or steering too much or too suddenly can make your vehicle off-balance and cause it to tip or roll.

How well you know the road

Driving on unfamiliar roads means there can be unexpected turns that may lead to accidents.

According to Alberta Transportation, in 2016 in Alberta 16.3% of drivers who were in fatal collisions consumed alcohol before the crash.

According to Alberta Transportation, male drivers aged 18 and 19 have the highest rate of casualty accident involvement.

How to help prevent a rollover

What to do if your vehicle is about to roll over

In some situations, a rollover can be unpreventable. You can take steps to mitigate your risk of injury or death.

According to Alberta Transportation, people who wear their seatbelts when they were in an accident have a much higher chance of being injury-free. In 2016, 24.1% of people who were not wearing seatbelts were injured, compared to 6.8% of people who were wearing a seatbelt. Due to the nature of rollover accidents, the vehicle occupants have a high chance of injury or death, especially if ejected from the vehicle. Wearing your seatbelt can be the most important thing you do to reduce the impact of a rollover collision.

Get ready for impact

Turn off the engine

Turn off the engine if you are able to.

Stay calm after the crash has happened to avoid further injury if you are hurt. Asses injuries of vehicle occupants and call 911.