How to stay safe in a road rage incident 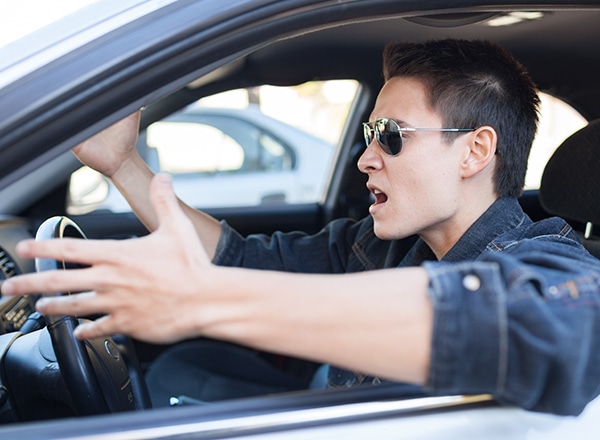 Road rage is a driver’s aggressive or angry behaviour. Road rage may include rude gestures, verbal insults, physical threats or dangerous driving that is directed towards another driver. Sometimes road rage can result in physical harm to a driver or even death.

While it can be hard to do, it’s important to stay calm and control your own anger when confronted with an aggressive driver. Following these tips can help keep you and your passengers safe.

If you’re in a car with an angry driver, you can feel like a hostage. You need to do your best to calm the driver down for the safety of everyone. Admit to the driver that you are scared. Try to change the driver’s focus. Talk about your destination. Find a new radio station.

Unfortunately road rage is becoming a serious threat to Canadian drivers. You can do your part by exercising common sense and patience when you’re driving. The most important thing is that you and your passengers arrive safely.