How you can get involved in Pink Shirt Day 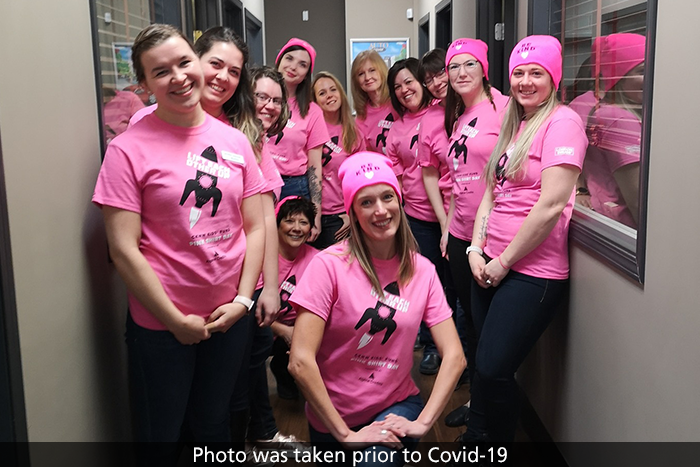 Feb. 19, 2021. The last Wednesday in February is Pink Shirt Day in Canada and this year it falls on February 24. Different provinces and countries celebrate Pink Shirt Day on different days. it was created in 2007 to raise awareness about bullying. Two Grade 9 students in Nova Scotia started a protest to support a student who had been bullied for wearing a pink shirt by bringing pink shirts for all of their classmates to wear on the same day.

Bullying is a problem in Canada and around the world

The United Nations Convention on the Rights of the Child was signed by Canada in 1991 and is an international promise to children to support their right to thrive. There is a long way to go in many respects, including bullying.

According to UNICEF Canada, the incidence of youth bullying increased between 2006 and 2014. There was a decline in youth who reported bullying someone else. In 2015, 1 in 4 youth in Canada were bullied as often as twice a week and close to half of parents reported that their child has been bullied. Canada’s bullying rate was 21 out of 29 wealthy countries and was higher than the average. Countries with widespread inequality have more violence including bullying.According to the United States Department of Justice, 1 in 4 kids is bullied and 71 per cent of kids who are bullied continue to experience bullying, making it an ongoing problem instead of an isolated incident.

According to a 2019 UNESCO study, almost one third of students is bullied at least once a month. The most common form of bullying is physical violence except in North America and Europe, where most bullying is psychological. Sexual bullying is common and mobile phone and online bullying is increasing. Bullying at school affects both female and male students, with physical bullying being more prevalent among boys and psychological bullying more common among girls.

How is Pink Shirt Day celebrated?

Pink Shirt Day was featured in the Canadian Human Rights Museum and has been recognized by the United Nations. Many countries participate and Pink Shirt Day is celebrated at schools, workplaces, and among other peer groups. There are rallies, networking and information booths, events and other resources that promote anti-bullying messages.

Support for Pink Shirt Day has grown around the world and people in almost 180 countries including New Zealand, China, Panama and Japan celebrate it with fundraisers, donations and social media posts.

How to get involved with Pink Shirt Day