More snow is coming—are you ready with winter tires? 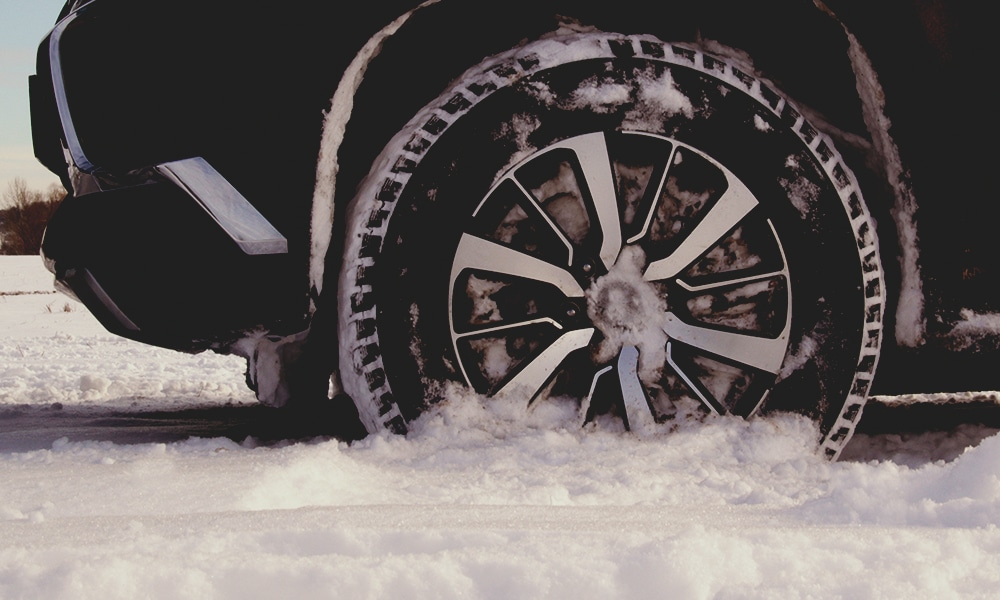 Most Canadians hope for a mild autumn, but we all know winter is just around the corner. In saying this, the need to talk winter tires and your safety on the road starts before the snow stays for good.

Different rules and regulations for winter tires exist across Canada, but industry officials and your Western Financial Group insurance experts are united in recommending winter tires.

This is done to keep people as safe as possible while driving.

What do winter tires do for me?

You’ve all seen it before—drivers caught off guard by the first snowfall. Many manage the surprise white stuff without any problems, and then book their tire change as soon as possible.

Experts say the swap to winter tires should happen when the average temperature reaches 7 degrees Celsius. That’s still manageable weather for most of Canada—but not your all-season tires.

At this temperature, all-season and summer tires have less grip on the road. Plus, it takes longer to brake. Get ahead of the next winter blast and get your tires changed.

Why? You’re creating security for you and your family.

Yeah, but what’s different about the tires?

The tread grooves on winter tires are deeper. The patterns enhance how effective the tires are in snow, slush and ice. Don’t forget—your grip and road traction is far superior with winter tires.

Their usage is rising across Canada, according to a Leger study for the Tire and Rubber Association of Canada (TRAC). The national average of people using winter tires was 68 per cent in 2016.

But, the belief that all-seasons provide enough traction during severe conditions is still a barrier for people adopting winter tires. Experts, however, are adamant—winter tires save lives.

Different rules are in place across Canada

If you’re a driver in BC, you’re likely aware that legislation states you must have winter tires equipped between Oct. 1 and March 31. These rules are in place for certain mountainous regions.

Winter tires are required for nearly all highways outside the lower mainland and Vancouver Island. Remember, winter tires for severe conditions have a three-peak mountain and snowflake symbol.

The mud and snow—stamped with the M+S—variety meet minimum requirements in BC for winter tires. These are for areas that do not see frequent winter weather conditions.

The province’s Ministry of Transportation and Infrastructure, however, suggests drivers consider the dedicated alpine variety. You can never be too cautious in the winter on mountain roads.

Always ensure your winter tires have 3.5 mm of tread depth across the entire surface. For a list of highways in which winter tires are mandated, visit www.gov.bc.ca/wintertires.

Winter tires are recommended in Saskatchewan, but are not mandatory. The TRAC study from 2016 suggests usage in Saskatchewan increased from 39 per cent in 2014 to 50 per cent of drivers.

The number of drivers in Manitoba who purchased and equipped winter tires has significantly grown thanks to the province’s 2014 low-interest winter tire program through Manitoba Public Insurance (MPI). Tires offered have that same three-peak mountain and snowflake.

Starting in 2016, insurance companies operating in Ontario must discount drivers who install winter tires. It’s all about making roads and highways safer in the province.

To qualify for the savings, all four tires must be winter tires—three-peak mountain and snowflake symbol—and must be equipped. Once again, all-seasons are not designed for winter.

The number of drivers with winter tires has increased to 65 per cent from 56 per cent in 2014. It’s important to ask your broker how you and your family can qualify for the discounts.

A law in the province of Quebec mandates that all passenger vehicles have four winter tires between Dec. 15 and March 15. Don’t be surprised by the season’s first snowfall—install your tires early.

The three-peak mountain and snowflake symbol is recognized country wide. Out of province visitors are exempt as they’re licensed and insured elsewhere.

It’s about everyone’s safety on the road

Safe driving awareness campaigns are working. Winter tires are the fastest growing tire category in Canada, according to a TRAC study from 2017. Reducing potentially avoidable collisions is key.

For many Canadians, it’s tradition to change to winter tires. Others are purchasing winter tires for themselves or loved ones for the first time. You’re keeping yourselves and others safe on the roads.

As winter arrives and stays for good, slow down and drive to the conditions.