Origins of the Dog Days of Summer 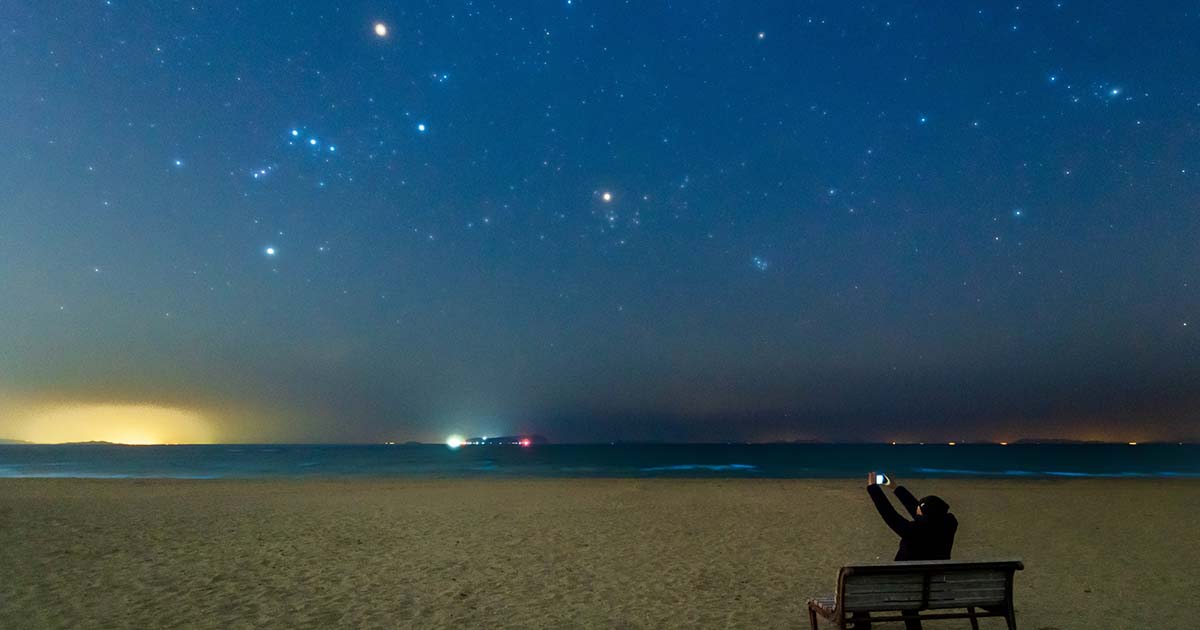 We have all heard the expression “the dog days of summer” in reference to the hottest days of the year in July and August. But have you ever wondered where the expression comes from?

Many of us associate it with days so hot even dogs lie around panting, but the origins of the phrase have nothing to do with dogs.

Sirius and the Greeks, Romans, and Egyptians

National Geographic says the dog days refer to Sirius, the brightest star in the constellation Canis Major, which means “big dog” in Latin and is said to represent one of Orion’s hunting dogs.

To the Greeks and Romans, the dog days of summer occurred in late July in the northern hemisphere, at the time of year when it looks like Sirius rises beside the sun. “They believed the heat from the two stars combined is what made these days the hottest of the year, a period that could bring fever or even catastrophe,” says National Geographic.

But the dog days did not mean the hottest days for everyone. In ancient Egypt, Sirius (Sothis to the ancient Egyptians) rising marked flood season. It was known as “the Nile Star.”

When are the dog days of summer?

July and August are typically the hottest months of the year in the Northern hemisphere, but the hottest days differ from summer to summer and “the astronomical dog days” vary with latitude, explains National Geographic. “In Athens, for instance, Sirius will rise around the middle of August this year. But farther south, it’ll happen earlier in the year; farther north, it’ll happen later.”

In the Northern Hemisphere in the summer, the Sun’s light is at a more direct angle because of the Earth’s tilt for a longer period of the day. “This means longer, hotter days during the summer,” says Wonderopolis.

For the Ancient Romans, their dog days, or “diēs caniculārēs” were from about July 24 to August 24 and according to The Old Farmer's Almanac, the dog days of summer are now from July 3 to August 11.

The stars shift independently of our calendar seasons, so the dog days do not stay the same. Astronomer at Adler Planetarium and Doane Observatory Director Larry Ciupik says that “in about 50-some years, the sky shifts about one degree” due to the way the earth rotates, with the direction the axis points in going around in circles. Because of this, the ancient Greek dog days are not the same as today’s dog days. In a few thousand years, the astrological dog days will not even take place in the summer.

Professor of physics and astronomy at Louisiana State University Bradley Schaefer says that “in 26,000 years, the dog days would completely move all around the sky. Roughly 13,000 years from now, Sirius will be rising with the sun in mid-winter.”

How to find Canis Major

Not counting the Sun, Sirius is the brightest star in our sky and can sometimes be seen even during the day. Its nickname is “the dog star.” Canis Major “is named for the larger of Orion’s two hunting dogs (the other, Canis Minor, has only two stars),” says The Old Farmer's Almanac.