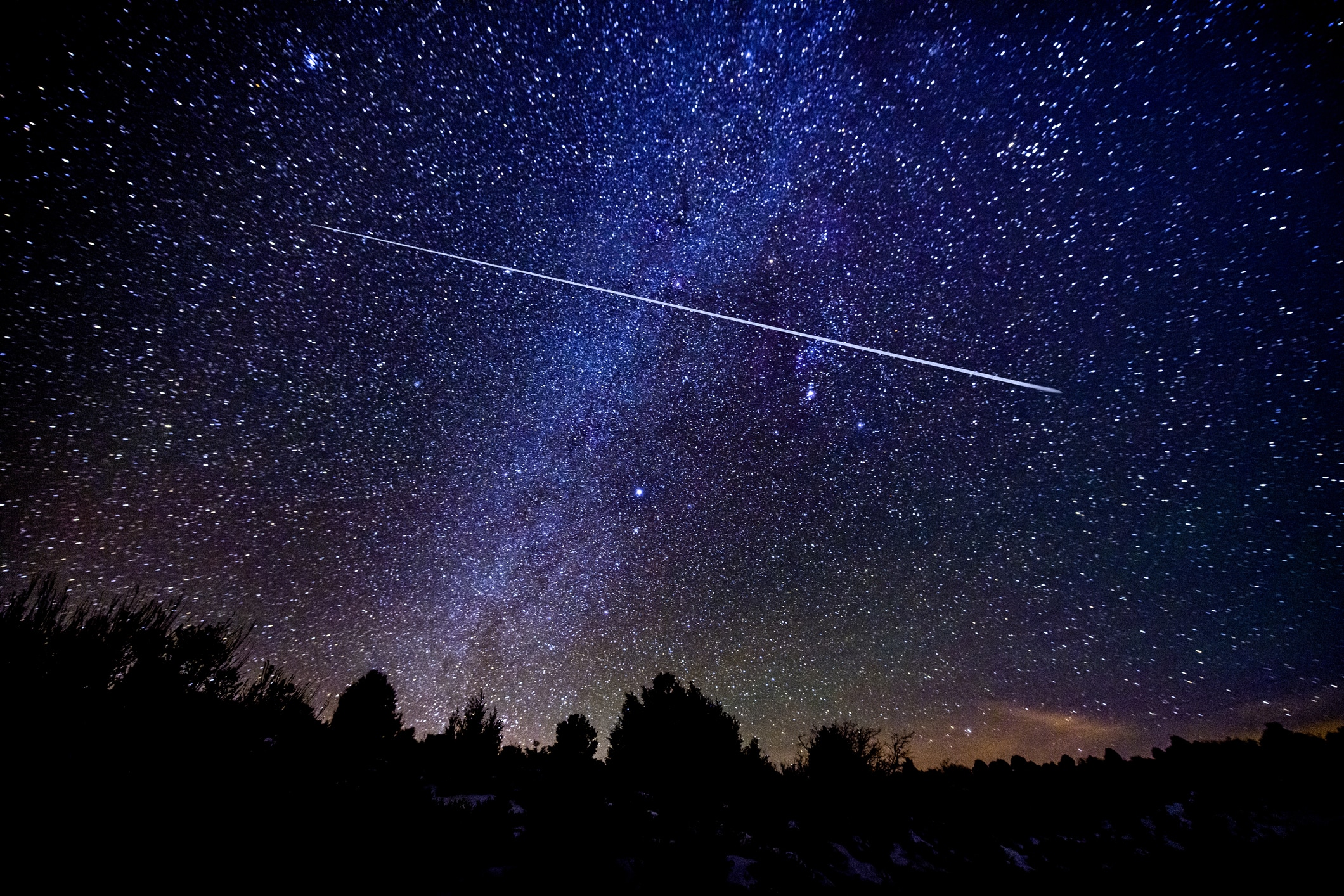 What is the Perseid Meteor Shower?

Comet Swift-Tuttle, discovered by Horace Parnell Tuttle and Lewis Swift in 1862, passes through the inner solar system, causing a meteor shower with the debris it leaves behind. The nearer the comet is to Earth, the more meteors fall, with the highest rate occurring in 1993 with 200-500 per hour. The meteor shower is named after the constellation Perseus, from which it appears to radiate.

Tiny fragments of comet are called meteoroids until they reach the Earth’s atmosphere, at which point they become meteors. Meteors usually disintegrate before they can reach the Earth and the few that do reach its surface are called meteorites. Air resistance causes friction as the meteor enters the Earth’s atmosphere and the meteor heats up and creates the bright trail known as a shooting star.

You can expect to see 10-15 meteors per hour between midnight and dawn on August 12 -13, 2019, as Earth passes through Comet Swift Tuttle’s path, but the moon will be close to full and the fainter meteors will not be visible.

Where are the best places to watch the 2019 Perseid meteor shower?

o Mountaintops and other locations at high altitudes are great places for watching a meteor shower.

o There is less light pollution and haze from air pollution is less obtrusive.

Where the sky is darkest

o Though meteors can be anywhere, they will be the most noticeable in the darkest part of the sky.

o Look away from the moon so its light does not decrease the visibility of a meteor shower.

o The best time for watching the 2019 meteor shower is from midnight to dawn.

o The Royal Astronomical Society of Canada has guidelines for Dark-Sky Preserves, Urban Star Parks, and Nocturnal Preserves, which are three types of areas that have limited artificial light so that the sky can be visible at night. There is a complete list here so that you can find one near you: https://www.rasc.ca/dark-sky-site-designations

o Open areas allow you to see more of the sky, increasing your chances of catching a glimpse of the Perseid meteor shower.

o Clouds can reduce your chances of seeing the meteor shower. Make sure to check the weather forecast.

What is the Orionid Meteor shower and how can you see it in 2019?

Several times a year, Halley’s Comet crosses paths with Earth’s orbit and leaves behind a trail of debris, causing the Orionid meteor shower, named after the constellation Orion, which is the direction that the meteor shower appears to originate from. The 2019 Orionid meteor shower will peak during the night of October 22-23 and will be most visible just before dawn due to the bright moon.

Where are the best places to watch the 2019 Orionid Meteor Shower?

o The Orionid Meteor Shower can be seen from anywhere on Earth and anywhere in the sky.

o Avoid light pollution to get the best view.

o Although the point of origin, or radiant, of the meteor shower is near Orion’s sword, looking away from Orion makes it easier to see the meteors because their tails are longer.