The benefits of driving a green car 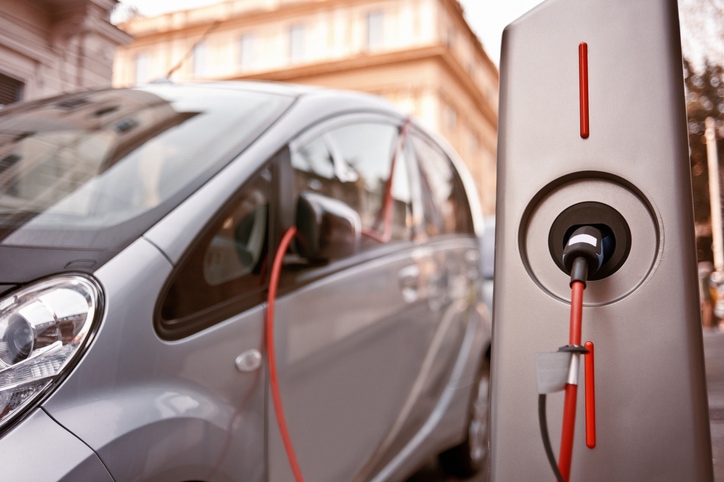 Jan. 24, 2019. Green car technology is evolving rapidly and the number of environmentally friendly cars on the roads is continuing to increase. Given the increasing and quantifiable impact of gas-powered cars on our environment, going green is more important than ever.

There are several technologies in development for greener vehicles but generally, when someone talks about a green or eco-friendly car, they are referring to an electric or hybrid vehicle.

What is a hybrid?

Traditional hybrid cars, or Hybrid Electric Vehicles (HEV), are the most common green cars and combine energy from gasoline and electricity. The engine is fueled by gasoline, but electric battery power helps augment the gasoline engine for short trips, idling and low acceleration scenarios. The battery is recharged through regenerative braking. Hybrids do not need to be plugged in after use to recharge.

While they are more efficient than traditional gas-powered cars, they will not be the endgame solution to green car technology because they still require gasoline. These engines are a step in the right direction; they have been in the marketplace for over a decade and offer the reliability and flexibility many consumers are looking for in a transition to greener transportation. Examples include the Toyota Prius, Honda Civic Hybrid, Lexus CT 200h, Kia Optima Hybrid, and Ford C-MAX.

Plug-In hybrid models, or Plug-in Hybrid Electric Vehicles (PHEV), are more efficient than their non-plug-in siblings. While the underlying technology is similar, plug-in hybrids can convert more of the electrical battery energy onboard to the drivetrain to lighten the power load on the gasoline engine. Often the vehicle will operate under battery power, using the gasoline engine in acceleration instances or when the battery charge is depleted. Plug-in hybrids are also well tested and have been mass produced for several model years. Examples include the Chevrolet Volt, Chrysler Pacifica and Ford Edge.

Fully electric vehicles have entered the marketplace in recent years, these units offer a pure battery-powered drivetrain. These vehicles are most popular with urban residents who drive mainly within city limits, as they can be charged daily at home. The limited range of the battery (usually 150-300km depending on vehicle model) means drivers must plan longer trips around the availability of charging stations.

Pollution from vehicles is arguably one of the worst contributors to global warming. While reducing the number of cars on the road may be implausible, we are fully capable of reducing the emissions from each vehicle with options that are already in the marketplace and widely available.

Every major vehicle manufacturer has committed a great deal of their research and development efforts towards green vehicle technology. Exciting new vehicles with ever greater capabilities will continue to provide drivers with lowered carbon impact transportation solutions.

Fuel costs are determined by the cost of gasoline, electricity, and how much on average you are using daily. According to BC Hydro, the following cost estimates are based on a standard of 20,000 km per year.

On average, the electric vehicles require about a quarter of the fuel associated with gasoline engines. However, it is worth noting that the cost savings are offset by the higher purchase cost of electric vehicles as well as battery replacement costs over the life of the vehicle.

According to Business Insider, current estimates have the cost of battery replacements hitting about $300-350/kWh, down from $1000/kWh in 2010, while still short of the industry-wide goal of $150/kWh. On average your battery will lose about 14% of its capacity per year.

Insurance rates for electric vehicles are based on a variety of factors; these include claim frequency for that model, cost of repair, battery location, and overall purchase price.

Because electric vehicles historically have cost more than their gas-powered kin, they have a higher insured value, which may lead to slightly higher premiums. As well, the cost of replacing a damaged battery can be an expensive claim, raising rates for the category. According to Nerdwallet, a 2015 California study found that insurance costs for electric cars were on average 21% higher, mostly due to the MSRP of the vehicles.

However, in 2018, the cost of buying electric is slowly approaching the cost of a gasoline alternative. Because of this lowered MSRP and early data that shows a lower frequency of claims associated with drivers of green vehicles, insurance companies have begun to offer discounts for drivers who choose to insure a green vehicle.

Federal and provincial government subsidies/rebate programs for electric vehicles also offset the cost difference between gas and electric, bringing them on-par, if not more cost efficient than traditional gas-powered options.

Most recent technological development has been focused on the efficiency of the battery packs and getting a longer range for electric vehicles.

Hyundai’s Kona Electric began production in 2018 and, according to Electrek, has a 400 km range, while Tesla claims its Model 3 has a 498 KM range in long-range mode. These distance capabilities finally move the electric car from “grocery getter” to “road trip warrior!”

As technology improves, more and more consumers will continue to choose electric cars. According to Business Insider, 462,000 electric cars were purchased in 2015, an increase of 59% from 2014, and it is estimated that by 2030 electric cars will account for 58% of light vehicles. Hopefully, even more renewable energy sources will be adopted to power them with.