Western celebrates the contributions of Asian-Canadians throughout history 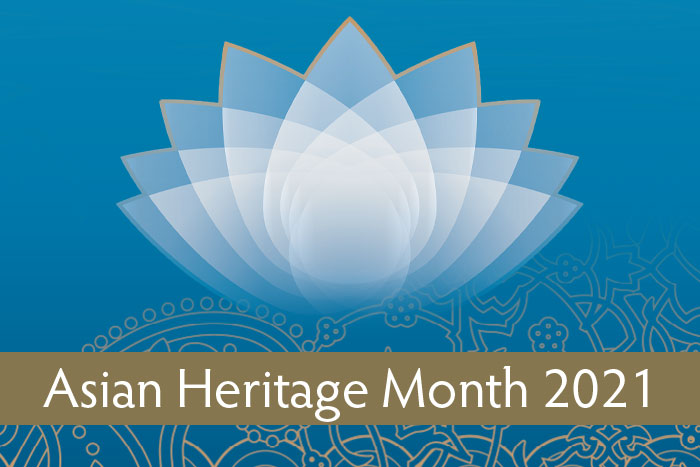 Asian Heritage Month is in May in Canada and is a time to learn about the contributions and achievements of Canadians of Asian descent. Throughout our history, Asian Canadians have done much to create the prosperous country we have today and continue to make us an inclusive, compassionate, and vibrant society. Asian Heritage Month has been celebrated since the 1990s. In 2001, Vivienne Poy, the first appointed Asian senator, proposed a motion to honour Asian Canadians. By 2002, May was officially designated as Asian Heritage Month by the Government of Canada.

Canadians of Asian descent have shaped the country in countless ways, from the arts, science, politics, technology, sports, medicine, and every other aspect of Canadian society. Immigrants from East Asia, Southeast Asia, Southern Asia, and Western Asia have brought a rich cultural heritage of many ethnicities, languages, and traditions over the past two centuries.

We’re excited to highlight some of the many prominent Asian-Canadians.

As the co-founder of the Iran Human Rights Documentation Centre, Akhavan, who was born in Iran, has contributed to the activities of numerous NGOs and grassroots survivors’ groups.

The British Empore Medal is the highest honour given by the British government to non-British citizens. Chong is the only Canadian of Chinese descent to receive this prestigious medal for his mission to deliver medical supplies to occupied territories in China.

An ethnomusicologist, Qureshi travels the world as a Urdu and Hindi languages/literature scholar. His lecture-recitals on Muslim chant, Indian music and the sarangi take place in Canada and the US.

A well-known sportscaster, Mae, a Canadian of Filipino descent, has been on many different sports networks such as Jzone and SportsDesk.

Born in Malaysia, Baltej challenged the RCMP’s uniform requirements which called for a clean-shaven face, and RCMP issued headgear. This sparked debate across the country, and in 1990, the federal government removed the ban on turbans. In 2016, Dhillon had risen to the rank of Inspector and oversaw the force’s Operational Readiness Response Program.

Asian Heritage Month emphasizes the importance of learning about the history of Asian Canadians, much of which is filled with hardship, discrimination, and oppression. Take this opportunity to do some research and discuss it with friends, family, and coworkers.

If you are of Asian descent, share your knowledge with others.

Captain John Meares, a British fur trader, came to Vancouver Island in the late 1700s with around 100 Chinese craftsmen and they built a trading post, ship, and dockyard. In the 1850s, Barkerville, the first Chinese village in Canada, was established when Chinese immigrants came from the United States to join the gold rush in British Columbia.

B.C. agreed to join Confederation in 1871 and the railroad connecting the country was built, largely by Chinese workers. Working and living conditions were extremely poor and Chinese workers had the most dangerous jobs at a fraction of the pay received by other workers. Many died in accidents and from disease due to the atrocious living conditions.

This was an early example of the oppression of Asian Canadians that would continue.

For more information and a detailed timeline, visit https://www.canada.ca/en/canadian-heritage/campaigns/asian-heritage-month/important-events.html.