What is the National Flag of Canada Day? 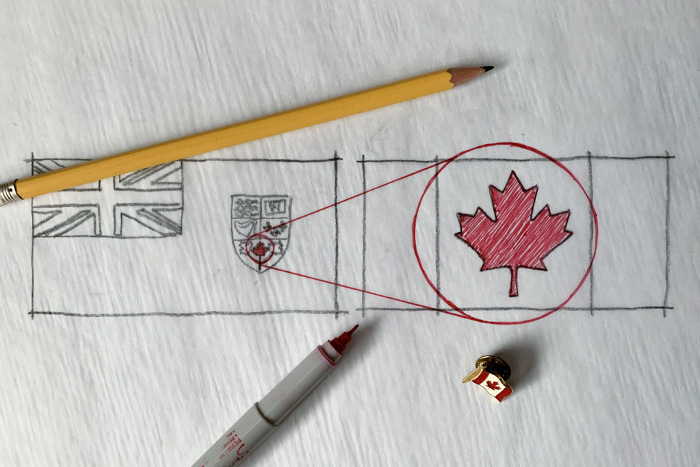 A 1958 poll showed that Canadians wanted a flag that was not based on the British flag. When Lester Pearson ran for Prime Minister in 1963, he promised a new flag but it was unclear what it was to be. Most Canadians wanted a symbol and the fleur-de-lis and Union Jack were considered.

In 1964, George Stanley, a famous Canadian historian, advised his MP John Matheson to use a unifying symbol, not one that would intensify tensions between Quebec and the rest of the country. He suggested the traditional colors of red and white, which were declared Canada’s official colors by King George V in 1921, and the maple leaf because it was already used as a Canadian symbol. He emphasized that the new design should be simple, recognizable, and visible from a distance, unlike the Canadian Red Ensign.

Choosing a design for the new flag

In 1964 the House of Commons set up a committee to decide on a new design for the Canadian Flag. Over 3,500 entries were considered and the matter was settled on October 22 with a unanimous vote for a design by George Stanley – a red and white background with a red maple leaf.

The Canadian flag is unique not only in its design but also in its dimensions. The long sides are twice the length of the short sides and no other flag uses these dimensions.

The new flag was proclaimed by Elizabeth II on January 28, 1965 and took effect on February 15. It is the first Canadian flag adopted by both houses of Parliament and proclaimed by the monarch as the official national flag.

On February 15, 1965 the Red Ensign was lowered and the official Canadian flag with its simple, unifying design was raised as thousands cheered at Parliament Hill. It is said that the flag mysteriously disappeared after the ceremony.