Did you know that International Day of Pink is April 14th? 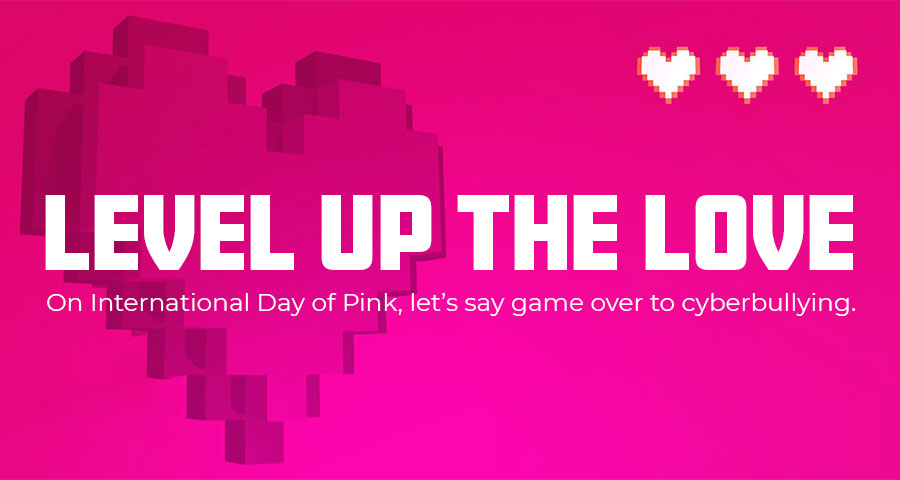 The Day of Pink takes place on the second Wednesday in April. It is the international day against discrimination, bullying, homophobia, transmisogyny, and transphobia. You can celebrate it by wearing a pink shirt and participating in or organizing activities in your workplace, community, or school.

The Day of Pink started in 2007 when two straight high school students witnessed a gay student being bullied for wearing a pink shirt. They intervened and wanted to do more to stop bullying. They asked everyone at their school to wear pink shirts a few days later as a stand of solidarity against transphobic and homophobic bullying. Eight hundred and fifty out of 1,000 students wore a pink shirt that day. Within a week, other schools in Nova Scotia were participating. Schools across Canada started participating and within a month the movement had spread internationally.

Both Pink Shirt Day (held annually in February) and the international The Day of Pink came about as a result of the same origin incident. Whereas people urge an end to all forms of bullying on Pink Shirt Day, supporters specifically stand alongside the 2SLGBTQIA+ community on The Day of Pink.

The purpose of the International Day of Pink is to create a diverse and inclusive world by encouraging youth to challenge social norms, take a stand against 2SLGBTQIA+ bullying, and ask for more from their educators. The Day of Pink has worked with Canadian organizations, politicians, and teachers to encourage young activists to spread the message.

Celebrating the Day of Pink

Discrimination takes many forms and can be based on gender, race, disabilities, age, or sexuality and persists in the 2SLGBTQIA+ community. Bullying is deliberately trying to harm another person and it can lead to anxiety, low self-esteem, and depression. It can be physical, verbal, social, or take the form of cyberbullying. Progress has been made but there is still a lot of work to do in Canada and around the world.

Wearing a pink shirt this April 14th is the first step towards standing with those who have been bullied for their gender identity or sexual orientation. It is important to listen to and support the people around you all year. Everyday actions make a difference and you can help by standing up for anyone who is being bullied, whether it is at school, in the workplace, or elsewhere in your community.

How to get involved

You can show your support by donating, wearing Day of Pink merchandise, and sharing their work. You can also organize a fundraiser like a bake sale or office lunch, bring in a speaker, show a documentary, or volunteer with a local organization. More information is available on the Day of Pink website here: https://www.dayofpink.org/en/home