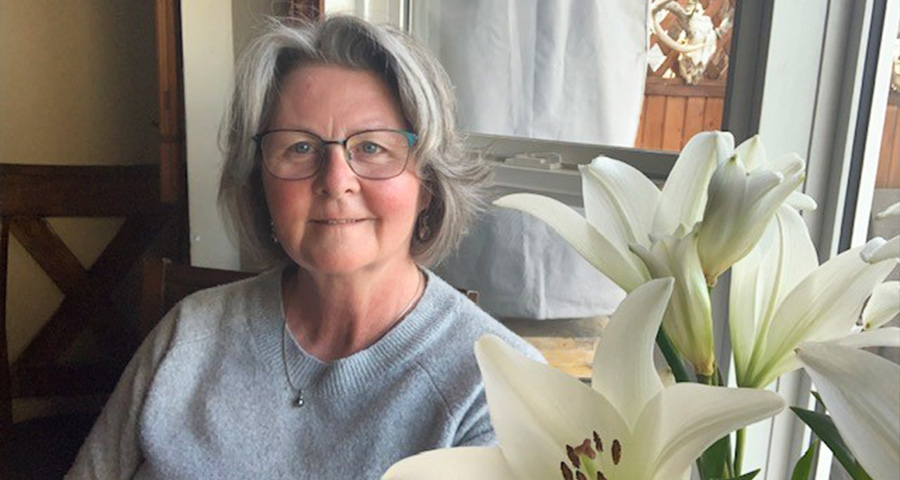 Laurette LaPlante is the director of the Western Financial Group Communities Foundation. This year, 2021, marks the 20th anniversary of the charitable foundation, which started in 2001. As a non-profit, we are proud to help support infrastructure projects from coast to coast, develop the leaders of the future through student bursaries and take care of our communities during times of crisis. To date, the Foundation has raised $4.2 million for communities across Canada.

What excites you knowing this year marks the 20th anniversary of the Foundation?

It's the lasting effect and that it has always been top of mind for Western’s executive. Throughout the years, that sense of how important community giving is for Western Financial Group has always been maintained. With Kenny Nicholls as our CEO and President, and Jeff Goy as the head of Wawanesa Insurance, they both value the importance of giving. I’m happy to say the Foundation is gaining momentum. Last year alone, we contributed $500,000 into our communities through our programs.

How would you like to thank community members, staff and customers who have consistently supported the Foundation across Canada?

I’m so grateful that our employees value the importance of giving back and, therefore, bring in the Foundation as part of their philanthropy. Without the investments of our people, sponsors or the donors in each of our communities, we wouldn’t be able to do the work we do. Community mindedness is at the very core of making a true impact to the places we serve. I want to thank people for their grassroots involvement and the value they have brought to our giving projects over the years.

Why do you think it is that people have really responded positively to the Foundation?

The work we do strengthens the communities where our people live, work and play. There’s a sense of pride in supporting where we call home, and we’re able to do that across Canada. When our people are willing to give their hard-earned dollars, and many of our employees are excited to do so, it builds trust. They’re the first champions to support the Foundation because they believe in the cause. By doing that, they’ve set a precedent across the company and across the communities where we serve.

How do the values behind the Foundation help with people connecting with the mission?

We’ve remained true to our Guiding Principles since 2001. These have resonated through each of our acquisitions as Western grew from 40 towns in 2001 to 160 plus now. In 2001, we named our principles as Truthfulness, Fairness, Value and Loyalty and they remain to this day. By maintaining those solid core values, they act as a determination on the people we hire, work with and the ethics and standards we carry with us as we grow across Canada. Our principles are what we stand for and the Foundation is the true testament to those core values. What we do in terms of givebacks is seen by the people in the towns we serve, and they’ve been there to help us in our drive to support where it is we call home.

Why was the Foundation created in 2001?

In 2001, after five years of growth, Western Financial Group had acquired dozens of new agencies throughout Alberta, Saskatchewan and British Columbia. Virtually all those branches were high profile businesses that were active in their communities. Normally, community members would ask these offices for support for a multitude of asks, everything from helping the local ball team to large capital project requests. Western‘s recognition of the need for steady, consistent support for their communities, while also establishing some themes and controls, was what led to the Foundation.

The programs were developed through that year and in 2002, we had a list of what and how they would support. Branches began fundraising and the communities quickly became involved. The Foundation provided consistent management of dollars and a system to incorporate all employees and align givebacks. Truly, the passion for giving and caring for the towns preexisted the Foundation. Today, while the programs have changed a little over the years, the passion our branch staff have for raising money for the Foundation is still strong. Giving back was, and still is, built into the structure of Western.

Have you had some time to reflect on some of your favourite memories?

Many bursary stories are very heart wrenching and inspiring. It’s a program that is true to my heart. As for the infrastructure grants, they’ve been able to have tremendous impact. We’ve seen the benefits first hand that these charities have gained from that $5,000. I’m so proud when the branches work together. Our National Insurance Operations (NIO) team, for instance, will raise $14,000 and be able to give $7,000 to a charity that’s important to them, with the rest aiding projects across Canada. The camaraderie resonates through so many communities. It’s enlightening to me that our employees are willing to notify us about a project, and then give their time and money toward that cause. It’s all for the betterment of someone or a project that needs it more than you. Seeing how the employees come together, work with their community and collaborate to see it through will never not amaze me. I’ve never seen that in a company before, so to me, it’s the true spirit of what the Foundation does.

How do the stories of bursary recipients and their success in their fields/education affect you?

Through the Western Inspirational Award, we are developing the leaders of our future. The Foundation assists youth in taking on and growing in key leadership roles by providing education/training bursaries for their pursuits.

That’s very rewarding. I have a son who went through post-secondary and graduated in 2021. I know the importance of scholarships, bursaries and awards. The cost of education is huge in the budgeting of a young person going to school. We’ve profiled a number of students who received the award to learn where they are now. The stories are amazing. The bursary is not only post-secondary, it’s for any training or education. To see them reach their goals and follow through on their dreams is so encouraging. We’ve had some incredible students who have gone onto succeed and be functioning, contributing pillars of their communities. I love the award, as it’s about character, not necessarily marks.

What does it mean to you to support infrastructure projects across Canada?

There have been instances whereby us giving infrastructure grants ($5,000 each), we’ve helped finish projects that have been in the works for years. To me, these are amazing moments that need celebrating. Infrastructure, as many people know, is very expensive. In some cases, we’ve supported a project three to four years in a row and have been able to invest $5,000 each year. It all makes a difference and the community feels that. It’s often that the people behind these projects have to raise a great deal of money, often before they even qualify for government grants. We’ve seen it where our investment is what was required for these projects to qualify for government funding.

Have you had a chance to reflect on the Community Food & Nutrition Emergency Fund Program?

This, in turn, supplied 225,000 meals for our communities across Canada at the onset of COVID-19.

That was so impactful, especially when there were so many communities where the food banks were drained almost instantly. The Foundation’s executive acted quickly; they identified what we could do and joined with Western to double our give. Speed was necessary to get money where it was needed fast. Being able to identify the needs and help our communities quickly, that was so valuable to me, especially when many of our friends and neighbours may have been struggling to feed themselves or their kids at home. Whereas some children would have only seen three meals a day because of breakfast and lunch programs in class, that was no longer an option with schools closed for safety. I personally love to feed people, so this give was special for me.

What is your hope for the Foundation over the next 20 years?