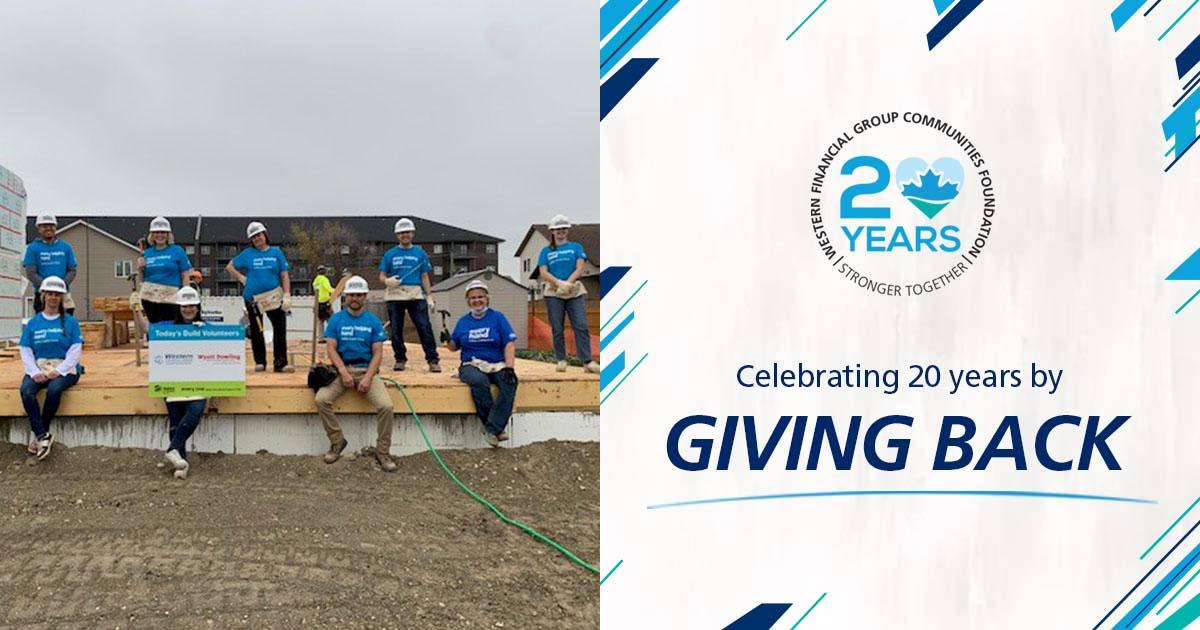 This year marks the 20th anniversary of the Western Financial Group Communities Foundation. The Foundation is celebrating by donating $20,000 to support local communities across Canada. We’re pleased to announce alongside the Foundation that the next $1,000 giveback will go towards supporting the nonprofit Winnipeg Habitat for Humanity.

Graciously, the Winnipeg brokers also helped build a new and upcoming home in a local Winnipeg community last week. And this was all it took for our volunteer team to learn new skills, and most of all, know they were helping to change lives. The non-profit’s long tradition of bringing people together to enhance families’ independence and strength through affordable homeownership started back in 1985 with Canada’s first build.

To date, the Communities Foundation has given back over $4 million dollars to approximately 185 communities across Canada. Laurette LaPlante, Director, of the Western Financial Group Communities Foundation, said: “Western employees have supported Habitat for Humanity projects across many of our communities. By choosing this charity we can help two-fold, by contributing monetarily but also by donating time. Employees of the Winnipeg team will increase our impact to this build by donning a hard hat and picking up a hammer. It is important to give money to help but the giving of time is the ultimate selfless act. We are very proud of our Winnipeg employees for choosing a cause they can make such a huge impact on.”