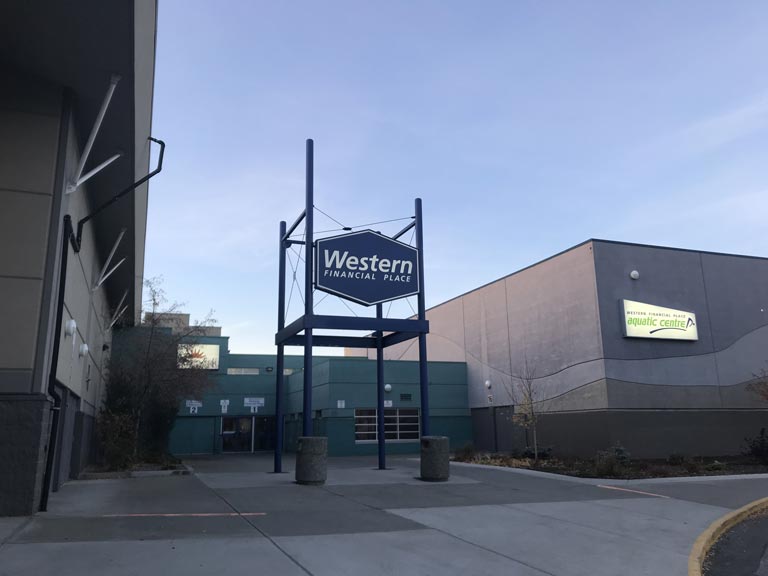 As Canadians, we cherish recreation complexes as places where memories are made, community spirit is strengthened through sport and entertainment and for helping to shape lives.

“It’s a central point for the community,” Pete Stefano, commercial sales manager at the town’s Western Baker Street branch, said, adding Western’s support of the town and area is vital.

“It showed that Western Financial Group would support the community like Falkins had for so many years,” James Hall, Western’s regional vice president for the Kootenays, said.

Western, through the naming rights, is proud to continue sponsoring the Western Hockey League’s (WHL) Kootenay Ice hockey team. One exciting program is Reading with the Ice.

“The players go to local schools and read books (to the kids),” Hall said, noting Western is proud to be associated with the recplex. “Most of them have an anti-bullying message.”

Customers have also enjoyed the chance to win tickets to the Ice games. Western’s Cranbrook insurance brokerages are pleased to continue their commitment to support the community.