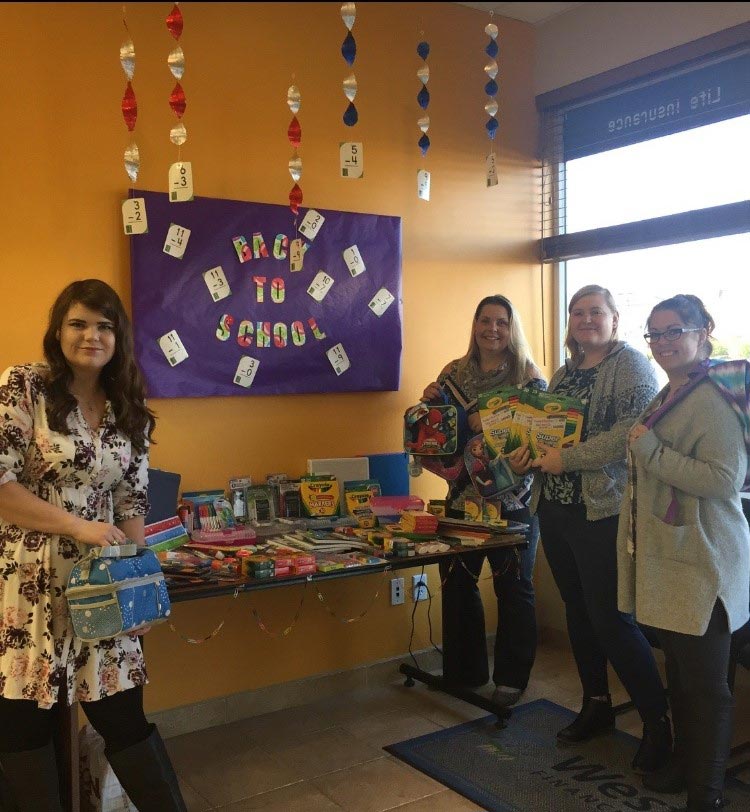 As this year’s school supplies donation drive has finished, the Krayonz for Kidz campaign—hosted by Western Financial Group’s Drumheller branch—will brighten students’ lives as they return to school.

Physical donations were collected between August 20 and 31.

Along with the Krayonz for Kidz campaign, the branch raised $450 through a fundraising BBQ on August 31. Profits were then matched through Western’s matching grant raising the total to $900.

A further $300 was presented to the campaign on behalf of the Drumheller Kinsmen.

“We use those funds to donate to the schools’ breakfast programs,” Clark said.

Staff members were looking forward to the 2018 campaign after presenting seven full boxes of school supplies each to the schools in 2017, she said.

“We had people (bring in donations), whether they were insured with Western or if they were just community minded folks who were happy to get behind the cause,” Clark said about year one.

This was an “overwhelming response from the community,” she said.

As Alberta has been affected by a poor economy in recent years, Clark said Drumheller families who weren’t used to experiencing financial struggles were being challenged.

The campaign was designed to ensure those students who were going without had the supplies they needed for success at school, Clark said.

The team then presented $1,000 in Support the Cause funding to another Drumheller Family Literacy program that helps pay for tutors for kids and their families.

“When people think education and the support they’re receiving in the community, we want Western Financial Group in Drumheller and our team to be tied to that,” Clark said.

She said Drumheller supports many causes and the Krayonz for Kidz campaign is no different.

“We only want to see it grow and get bigger and better each year, so we’re thankful and very grateful for the generous community of Drumheller,” Clark said.